This is what happens when people come together to play music. Beautiful!

I don’t usually click on the advertisements that come plastered to the side of my facebook account pages, but today I felt adventurous. After all, the promise of making $25-$45 an hour freelance writing at home is a prospect not easily ignored. So against my better judgement, I clicked on the link. And now I don’t know what to do.

On the one hand, every ounce of reason in my brain tells me that get-rich-quick schemes on the internet don’t work.

And yet… what if, just what if, this one was legit? What if I actually could order this little start-up kit (only $3 or so for shipping and handling, nothing else), set myself up, and start earning serious money every week?

But in all seriousness, I am very tempted to start up a worthless email account with pseudo information (to protect myself, etc) and try my luck. Perhaps this is the wave of the future. I should be there. 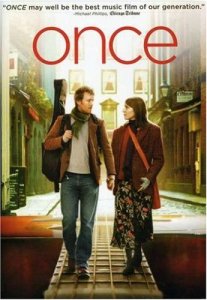 This movie is incredible. Not only is the story wonderful (about a girl and a guy, named “Girl” and “Guy” in the credits, who meet over their love for music and a Hoover vacuum cleaner– heartwarming and touching to the max), but the film was made for only $160,000. It then got picked up by Fox Searchlight Pictures and made it to the big time, doing well in U.S. theaters and winning awards left and right. Every filmmakers dream.
More fun facts:
The movie’s two main characters are played not by actors, but by professional musicians– Irish rock band star Glen Hansard and Markéta Irglová.
Once also, and perhaps most notably, won an 2008 Academy Award for Best Original Song for “Falling Slowly,” which the duo wrote and recorded for the movie. The movie’s soundtrack as a whole was also nominate for a Grammy.
The film was shot in 17 days. Dealing with such a small budget, the film crew often filmed the crowded streets of Dublin without permits from the city or permission from the public. This they accomplished by using long lenses and filming from a distance.
The crew also saved money by using mostly natural lighting and filming in their own, or friends, apartments.

The Beauty of Diversity

“People need to see that, far from being an obstacle, the world’s diversity of languages, religions and traditions is a great treasure, affording us precious opportunities to recognize ourselves in others.”
— Youssou N’Dour
Musician

“I am in love with Montana…for other states I have admiration, respect, recognition, even some affection; but with Montana it is love and it’s difficult to analyze love when you are in it.” 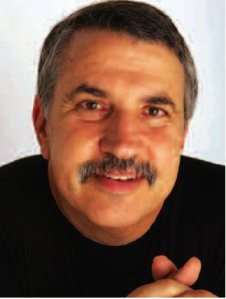 Thomas Friedman, author of the article “Swimming Without a Suit” that I cited in my previous post, has a lot of really interesting things to say.

He has his own website where you can read all his articles. He is a very interesting and articulate writer.
His website is: www.thomaslfriedman.com.
Enjoy!

The Cost of a Bad Education

I just read an online article from the New York Times, called “Swimming Without a Suit,” about the declining quality of education in the United States and how much it is costing our country economically.

This article is incredible. You MUST read it. Because everyone must be aware of what is going on in our public schools today and how much it is costing us as a nation. This is a very, very important issue that needs to be addressed.
To sum up the article, columnist Thomas Friedman talks about a report he read by the consulting firm McKinsey, entitled “The Economic Impact of the Achievement Gap in America’s Schools.”
The consulting firm did a study showing that the United States has fallen behind in educating our youth compared the other leading nations in the world. In the 50s and 60s, we led the nation in our youth’s education (and we had the strongest economy in the world as well). In the 70s and 80s, we were still leading the world in our secondary education (although by a smaller lead), and “America continued to lead the world economically, albeit with other big economies, like China, closing in” (Friedman). But then, we dropped off in the nineties, and today we are one of the worst industrialized countries according to the education of our youth (see the article for statistics).
Here are the truly incredible statistics. If we had, in the eighties and nineties, heeded the call to improve our education system and “had raised its performance to the level of such nations as Finland and South Korea, United States G.D.P. in 2008 would have been between $1.3 and $2.3 trillion higher” (Friedman). $1.3-$2.3 TRILLION higher if we had only improved our education system like we should have.
The article then goes on to talk about how things have started to look just a little more promising. Teach for America has experienced a 40% increase in their total applications. This means that my generation, this generation of college graduates, are beginning to realize that not only is the disparity in our youths education a serious issue, but it is within our power to solve it. I only hope that this awareness continues to spread.

I just counted, and I have three weeks left of school. Total. Two of those week are class, and the third is finals week. And then I am out for the summer and done with my sophomore year.

I am halfway done with college. Scary thought. I honestly don’t ever want college to end. It is so much fun. Now I know why people are always saying that college was the best years of their lives. Because its amazing… the freedom, the challenges, the friends.
That being said, I really hope these are not the best years of my life. I really hope it gets better than this. Don’t get me wrong. These years have been great (and will only get better).
But if this is the end of the uphill climb, if this is the height and it just plateaus from here… depressing.
I hope my life just keeps on getting better and better. Even when I am past the age where I can dance in high heels and it gets harder to touch my toes or run a mile, I hope that things will be happening for me.
On a side note: I want to be that granny who sky dives and goes on roller coasters with her grandkids. Spunky, I tell you. That’s my goal. To be the spunky granny.

I have decided to add a little color to my life. Or at least, to my blog. We’ll see how this goes.

The other night, Valerie and I were taking our traditional study break to purchase some much needed caffeine from the coffee shop in the basement of the library. As we stood in line, we started talking about our class schedules for next semester.

Me: I think I’m only going to take fifteen hours next semester.
Valerie: Yeah, me too.
So then this random guy in line ahead of us turns around and says, “Only fifteen hours?”
And it struck me that sometimes I wish my life was simple like that guy’s life. Or what I imagine to be that guy’s life (Looks can be deceiving). Sometimes I wish I only felt the need to take twelve hours a semester and then could spend the rest of my time watching television and blogging. Right now, that sounds like heaven.
Then of course all my reason kicks in and I can think of tons of excuses for why that wouldn’t be a great path for my life to follow. Mostly I think I’d get really bored and cranky. When I sit around for too long I get unhappy.

Virginia From Montana
Create a free website or blog at WordPress.com.